Cool online boardgames you can play with friends for free 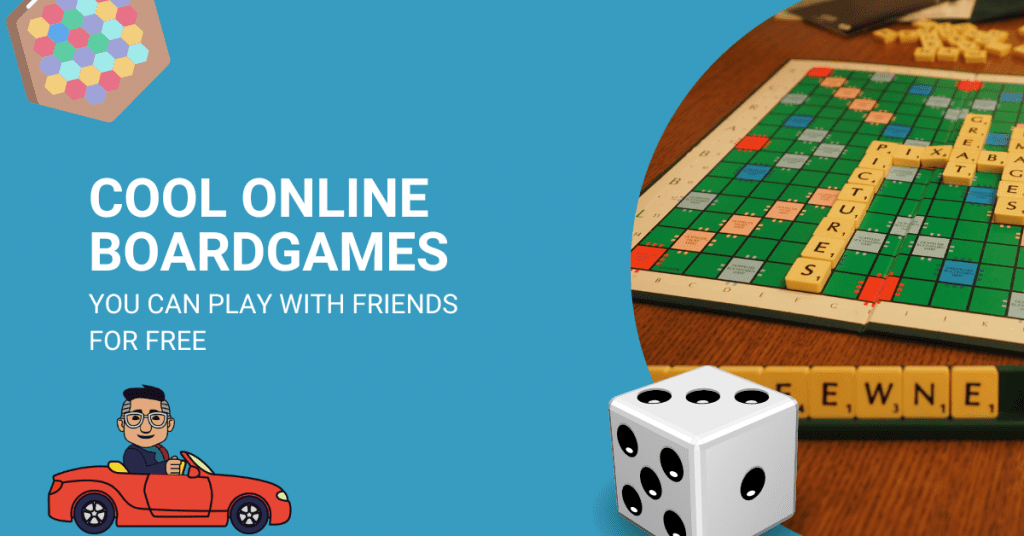 Board games are a great way to unwind and maintain ties with friends and family. Board games are traditionally played in a physical setting; however, the advent of online boardgames has brought in a new level of fun. With online board games, the intrigue is not lost. Online boardgames allow you to play with friends that are in different geographical areas. This removes the hitch of having to schedule physical meet-ups. Arranging for a physical meet could be tasking. Clashing schedules, logistics, and having enough play time during meets, to mention a few, make the task a complicated affair. The good news is these are no longer issues. Numerous online boardgames are now available. A majority of these online boardgames can be played over the internet. No download is required, and most importantly, they are free to play.

With these board games online, you get playing in a matter of seconds as they are easy to set up. Anyone from anywhere in the world can simply log onto the web and participate. Online boardgames are basically web-based versions of your traditional tabletop games. Rather than playing it on a tabletop, you are now playing it over the internet on a virtual table.

Online boardgames have the added feature of selecting difficulty levels. The games are for all ages. This makes them good options for family game night. Classic board games such as Chess, Scrabble, Backgammon, Checkers as well as the relatively new ones such as Scattergories, Colonist and Capitalista can be played online. Backgammon ranks as one of the oldest board games. It is still widely played around the world. It is said that monopoly money is printed 30 times more than the US dollar each year.

Board games are beneficial because they don’t just provide fun, they also help you health-wise. Studies have shown that board games help to improve cognitive thinking, strategic planning, and fine motor skills. They are great for keeping you mentally alert and focused. This explains the tremendous followership they have enjoyed over the years. Kids in their formative years stand to gain a lot from board games.

Online gaming platforms are sites that allow you to play your favorite games online, and this largely includes board games. You also get to play these games with friends and family for free. Whenever you get bored, hop on these platforms and start playing.

This is an alternative to the well-known Catan Universe. Colonist is a web-based board game where you use strategies to establish a civilization. In this game, you basically assume the role of a colonist, set up a civilization, and spread out your territories. You can also set up a challenge with friends where the winner is the one who gains more territories. In a game of Colonist, there are no hard rules. The game consists of simple and easy-to-understand rules. This means anybody can play the game. Even those who haven’t played Catan Universe can hop on the game and have a good time. This web-based board game requires strategic planning and good negotiation skills to win.

A total of 7-8 players can play the game.

This is an interesting trivia game that can be played with friends and family. A good way to exercise the brain and also pass the time. Recalling fun facts is fun. It is available on numerous online gaming platforms. In Scattegories, you simply list words that belong to your category. Words in a category all begin with the same letter. You have to fill up a category within the allotted time. It could be 30 seconds, 60 seconds, or 1 minute, depending on the time you and your gaming friends choose. Each round is an opportunity to move up higher on the leaderboard. So fill up your categories correctly on time to earn more points. It is all about your individual word knowledge and speed. Great for brain activity and a good time filler.

A maximum of 20 players can play the game.

In Capitalista, players compete to be the greatest capitalist. You are expected to purchase all properties as well as build houses, hotels. Successfully fleece your fellow players of as much of their monies as you can. Just don’t go bankrupt. Basically, you are to rule the economy and become the best player!

A total of 20 players can play the game.

Capitalista is available for free on gidd.io.

In this game, all power belongs to the dice. How well you roll the dice determines how far you go. Try to get your dice pairings right if you want to do well. This will increase your chances of having the highest score. A useful tip is to secure the bonus of 35 points. A player is allowed three dice rolls per round. Yatzy consists of a total of 13 rounds. The worksheet is divided into two sections; upper and lower. You get the bonus of 35 points when you get a total of 63 points in the upper section. Your job is to outscore other players. You play better when you are knowledgeable about the rules. Yatzy is one of the most popular online games. Ever since its entry on computer screens, it has become the most widely played online game.

A total of 20 players can play this game.

You can play it online for free on gidd.io.

This online game is modelled after the classic Diplomacy board game. Diplomacy board game was introduced in 1959. The game features intense planning and vicious betrayals. Players embark on a quest to steer their European countries towards victory by overcoming adversaries and entering into uneasy accords with neighboring countries. Forming alliances is a necessity in the game of Diplomacy. It is one sure way of driving out forces of an enemy country out of a region. The twist is these alliances are made discreetly. This means a player can agree to defend the territory of another player but go on to renege on the pact.

Having to lie to your friend in person due to the demands of the game could be quite difficult. Luckily, free online versions of the game, such as Backstabbr remove this hitch. Backstabbr allows you to participate fully in the game with the much-needed layer of partitioning. It retains the game intensity. Players communicate directly using press releases. Backstabber allows the game to be played over a much longer period. This helps to douse the intensity that comes with the politicking. So the game spans over days or weeks rather than the usual minutes or hours.

Backstabbr makes the game of Diplomacy less triggering but much more fun. More so, it allows more people to jump on a game.

Want to know what winning a conquest feels like? Head over to Backstabbr.com and start playing.

This is most popular word puzzle game. You can also play it online. Online Scrabble is not so much different from the traditional game of Scrabble. The same rules apply. A maximum of 4 players can play the game. The added bonus is you get to play Scrabble with players from different parts of the world. Also, wherever you are and at any time, you can get on a game of Scrabble. No physical board is required. Your letter tiles are safe, and no one is going to mistakenly hit them in online Scrabble. The usual disagreements on certain word choices don’t happen when you play online. These are the perks of online Scrabble.